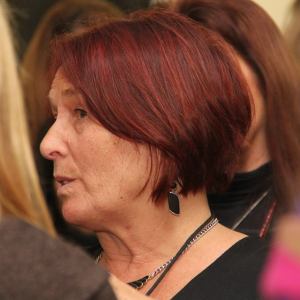 My Drama news, views and activities

The Drama and Art Academy in Istanbul are holding a drama conference for teachers in March 2016, entitled  Drama as a Teaching Method and I am delighted to have been asked to give a speech and also a workshop of 1.5 days duration.

It will be great to be working in Turkey again.  I have already led workshops in several cities in Turkey, including Ankara, Sanliurfa, Eskisehir, Trabzon and Adana.

I expect to be back in Turkey again in July 2016, for the International Drama Theatre and Education Association (IDEA) World Congress in Ankara .  I was President of IDEA from 2010 – 2013.

I am owner of 'Inspiring Professional Development and School Improvement'. Prior to this, I was President of the International Drama Theatre and Education Association (IDEA) from 2010-13 and was Chair of National Drama (UK's leading professional association of Drama Teachers and Theatre Educators) for more than a decade (until November 2014). I was a Local Authority Arts Adviser for 11 years (from 2000) and a School Improvement Partner and Ofsted Inspector concurrently. I also led a successful local authority Music Service through change, from 2000 to 2002. I am a professional writer and was a BBC Education Series Consultant and Scriptwriter. I also have published several books for teachers on teaching across the curriculum using 'Drama for Learning'. I currently work internationally and in the UK, where I am the owner of 'Inspiring Professional Development and School Improvement', providing courses and conferences for schools on many subjects and issues. I also continue to develop and deliver my own drama courses in schools across the UK and abroad, as well as being an invited lecturer at several universities.